I'm not the type of person who gets mistaken for other people.  I never get told that I look like anyone else except for my mom and my sister - and that doesn't even happen very often.  (For the record, we get told we all sound alike all the time though.)  I never hear, "Oh, you look just like so and so!"  I assume it's because my staggering beauty only comes along once in a lifetime.

In fact, I've only been told that I look like one celebrity - Natalie Dormer.  Not sure who that is?  I wasn't either.  But her most famous roles would be that she played Anne Boleyn on The Tudors (which I still haven't seen, but am dying to) and she is currently playing Margaery Tyrell on Game of Thrones (the badass who doesn't want to be A queen, she wants to be THE queen).

So let's contrast and compare, shall we? 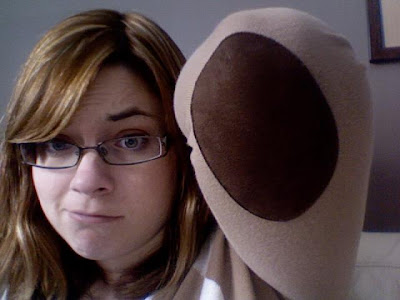 Yes, a shining beacon of class and beauty right there.

Shockingly, there seem to be a lot of pictures where she's doing a weird thing with her mouth - it seems to be a bit of a signature thing.  Maybe that's why my coworkers thought we look alike? 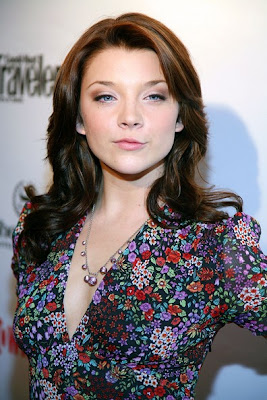 Now just for clarification - the above picture is not me, that's Natalie Dormer.  I know, it's confusing.

What do you think?  I don't see the resemblance, but I'm told it's mostly in the eyes?  More importantly - do you get told you look like anyone famous?  Who would play you in a movie of your life?  And more importantly, how awesome is season two of Game of Thrones?
Posted by Unknown at 21:00

Hey, you really do resemble her! I never would have thought of it but now that I see it, it's true! I love that she has kept her natural thin top lip and crooked mouth and not plumped it up and made it gross. I never get mistaken for anyone famous but I do get "You look so familiar" a lot... so that could be taken either way. At my gym there is a woman there who looks just like Vampire Pam, if Vampire Pam had red hair and wasn't a complete glamazon. I told her today and she as like "Oh, thanks, I've heard that before but I've never seen the show..." and I thought to myself: "Now I have two reasons not to like you". I didn't say it of course - she looks like Vampire Pam, I said!

You do look a little like her. You're both beautiful, that's for sure =).

you're so freakin hot! wish i could take you out some time.